Toshiba will join “Earth Hour 2015” in many countries 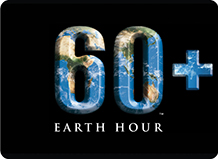 Toshiba will join “Earth Hour 2015” on March 28, switching off lighted sign boards in major cities around the world including the landmark billboard in New York's Times Square, and also lighting facilities at production/business sites.

"Earth Hour”, organized by the World Wide Fund for Nature, seeks to raise awareness of climate change by encouraging people to turn off unnecessary lighting at the same time and date. According to the WWF, it has grown to involve more than 7,000 cities and towns from 162 countries since its start in 2007 (WWF announcement). This year, the event will be held from 8:30 to 9:30p.m on March 28.

Toshiba Group started to participate in this event in 2010. Last year, it has participated in the event by turning off lighted sign boards in many cities around the world including New York, Paris, Jakarta, Shanghai, Hong Kong, Tokyo and Osaka. Employees also cooperated in energy savings at approximately 30 production/business sites by turning off lighting facilities.

Photo report on this year` s light down will soon be disclosed on the website after the event.