Toshiba joined "Earth Hour 2014" on March 29, switching off lighted signboards in major cities around the world including the landmark billboard in New York's Times Square. Also, numbers of production/business sites turned off their lights to cooperate in energy savings. Pictures of the light down will be sequentially uploaded on this page.

What is Earth Hour?

"Earth Hour" is an international event organized by the World Wide Fund for Nature (WWF) seeking to raise awareness of energy saving and climate change. It encourages people to turn off unnecessary lighting on the last Saturday of March, from 8:30PM to 9:30 PM. Since its launch in 2007, it has grown to involve more than 7,000 cities from more than 150 countries and regions.

Since its first participation in the event in 2010, Toshiba Group continues to join the movement to share and promote the mutual goal to protect the environment. 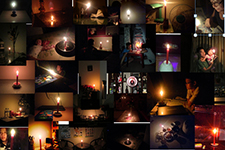 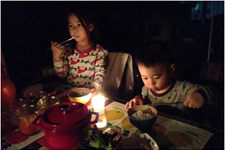 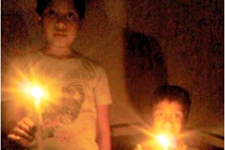 Landis + Gyr Ltd. (India)
*Light down at employees` homes (After light down) 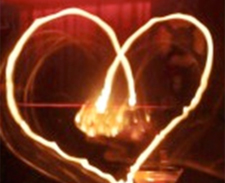 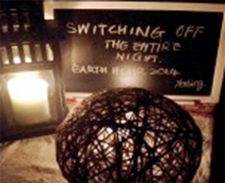