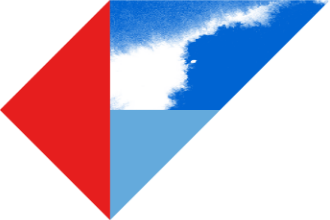 Multi model including our own Key Container data model

Pluggable data store enabling the implementation of a key-container data model and a wide variety of data models for efficient processing and management of transactional data and time series data of different characteristics.

Various architectural innovations, such as in-memory orientation with "memory as the main unit and disk as the secondary unit" and event-driven design with minimal overhead, have been incorporated to achieve processing capabilities that can handle petabyte-scale applications.

Data models in database have several types such as Relational, key-value, wide column, and document. These data models have their own advantages:

In a real IoT system,  each machine has several sensors with different attributes. GridDB key-container data model has been designed from the ground up to accomodate these characteristics.

The key container type data model introduces a concept similar to an RDB table called a container that groups the values of key values, and stores data for each target. The schema definition that defines the data type for the container and the column index setting enable high-speed search. In addition, transaction operations can be performed on a row-by-row basis within a container, and ACID (Atomicity, Consistency, Isolation, Durability) of transactions is guaranteed on a container-by-container basis.

I/O is a common bottleneck in any DBMS that can cause the CPU to be under-utilized. GridDB overcomes this bottleneck with the ‘Memory first, Storage second’ structure where the ‘primary’ data that is frequently accessed resides in memory and the rest is passed on to disks (SSD and HDD). High performance is achieved in GridDB by:

Prioritizing In-Memory processing – In scenarios with large amounts of data, GridDB localizes the data access needed by applications by placing as much ‘primary’ data in the same block as possible. Based on the application’s access pattern and frequency GridDB efficiently utilizes memory space by setting hint memory intensity function and thus reduces memory misses.

Reducing the Overhead – Operational and communication overhead occurs in multi-threaded operations due to lock and synchronization. GridDB eliminates this by allocating an exclusive memory and DB file to each CPU core / thread. As a result, execution time gets shortened and better performance is achieved.

Parallel Processing – GridDB achieves high performance through parallel processing within a node and across nodes. Parallel processing across nodes is done by distributing a large dataset among multiple nodes (partitioning). Parallelism is made possible by the event-driven engine which processes multiple requests using the least amount of resources.

GridDB is open soure and can be downloaded for free. GridDB developer site (griddb.net) is constantly updated with news about community events and technical blogs, guide on how to use GridDB and integrate with other Open Source Softwares.