TOKYO─Toshiba Corporation (TOKYO: 6502) has developed the high-performance, rapid-response Rate-Integrating Gyroscope (RIG), which unlike conventional gyroscopes (gyros), does not perform calculations from angular velocity, but instead detects direction directly. RIG represents the development of the world's first compact gyro module for direct angle detection that uses Micro Electro Mechanical Systems (MEMS) technologies for miniaturization and does not require large measurement devices.

By using MEMS technologies that integrate micromechanical structures and electronic circuits on a semiconductor substrate, while performing digital control via a microcontroller, the RIG system size is miniaturized to a module level. As a result, it is now possible for the first time to perform demonstration experiments such as trajectory estimation and attitude control with the use of automated vehicles or drones.

Gyroscopes that measure the direction of an object are widely used in large, high-performance aircraft and other flying objects as well as in small, inexpensive consumer devices such as smartphones. However, conventional gyros cannot directly measure object angles, instead deriving angles from calculations of angular velocity. This causes problems related to accuracy and response speed, so there is a need for new gyros that are compact, highly accurate, and capable of high-speed response.

In the future, these sensors will likely be applied to a wide range of applications that require small size, high accuracy, and rapid response, including position measurements of workers or AGVs in warehouses and factories, precision attitude control of drones, and automatic operation of robots and mobility devices.

Toshiba announced details of this technology on January 22, 2020 at the IEEE MEMS 2020 conference in Vancouver, and aims to deliver samples of this newly developed technology after FY 2021.

RIG can directly detect the rotational angel of object based on the same physical principles as that utilized by Foucault's pendulum in order to measure the rotational angle of the earth. The RIG operation requires an ideal resonator with a perfectly symmetrical structure for the detection. However, asymmetry errors are produced during the manufacturing process. On the other hand, using Toshiba's proprietary variable resistance dampers and other technologies, the asymmetry issue is addressed and perfect symmetry is achieved. Furthermore, Toshiba's resonator has a unique donut-mass structure, in which the vertical and horizontal vibration characteristics change equally even when subject to changes in temperature, thereby maintaining symmetry. As a result, the device is extremely robust to sensitivity effects caused by temperature changes(Note 1). The developed module delivers direct angle detection with performance in terms of accuracy(Note 2) and drift(Note 3) exceeding that of gyros for consumer applications using similar MEMS technology. We expect further performance improvements in the future. 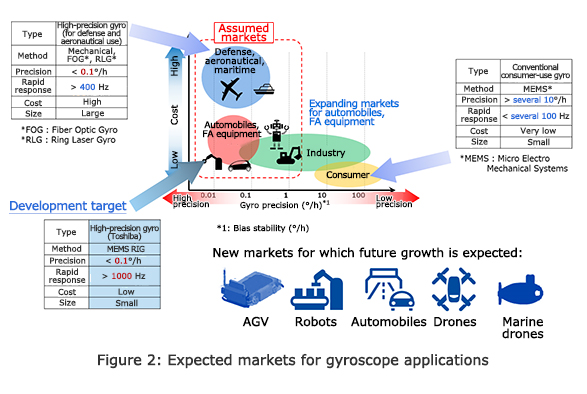 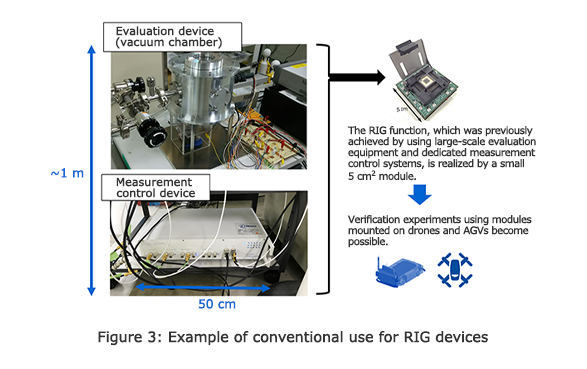 Toshiba aims to further improve the performances of accuracy and response of this newly developed gyro to a level allowing for sample shipments after FY2021. The company is also working toward development of an inertial measurement unit (IMU)(Note 4) equipped with this gyro. 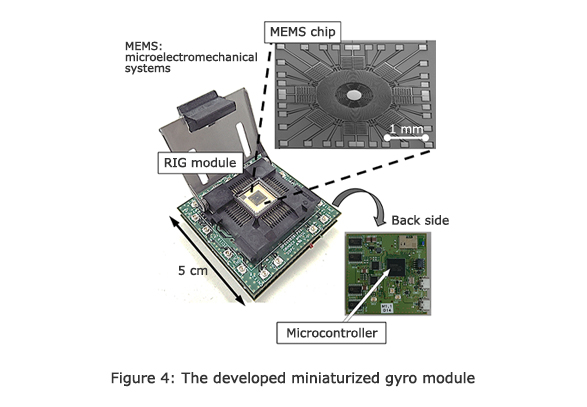