Toshiba today announced that it has developed the world's most power efficient(Note 1) analog-to-digital (A/D) converter(Note 2) for next-generation wireless LAN (IEEE 802.11ax(Note 3)). The new technology overcomes a trade-off between conversion accuracy and power efficiency to realize the performance required by A/D converters for next-generation wireless LAN, while achieving three times the power efficiency of current A/D converters(Note 4). Deployment of the new device is expected to extend the lifetime of wireless LAN devices and to boost communication speeds. Toshiba will announce details of the technology on February 8 at the International Conference on Semiconductor Circuits in San Francisco.

Continued growth in the Internet of Things requires high-speed communications in environments increasingly crowded with numerous wireless LAN devices. The next-generation wireless LAN (IEEE 802.11ax) will be four times faster than its predecessor, even in such crowded environments, but realizing this potential requires LAN devices integrating A/D converters that achieve higher conversion accuracy. The key to this is high multiplication accuracy in the amplifiers of the A/D converter, but securing that by conventional methods increases power consumption by the opamp (operational amplifier(Note 5)), and results in a trade-off between conversion accuracy and power efficiency.

The digital amplifier mostly comprises digital circuits that consume less power than analog circuits, because power-hungry opamps are eliminated and current flows only when the signals switch. Furthermore, digital amplifier performance can be improved greatly by CMOS scaling, which simultaneously lowers manufacturing costs. 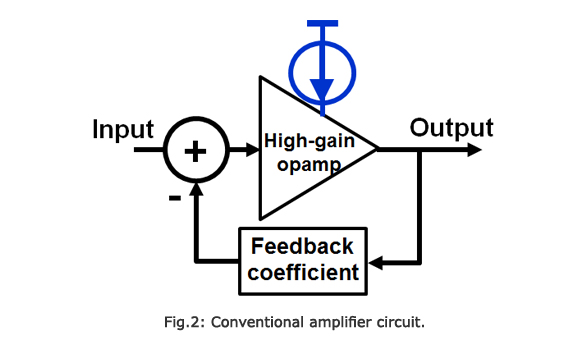 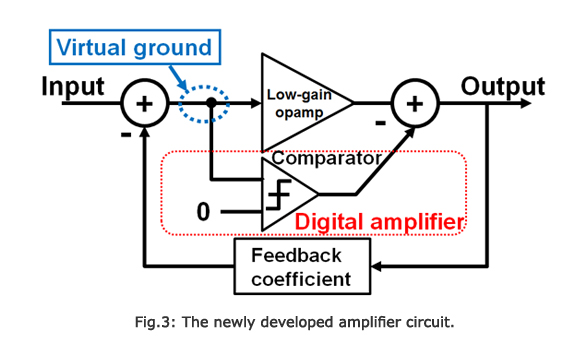 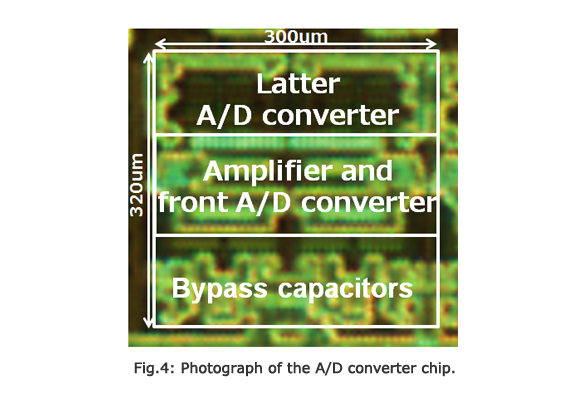 Toshiba will continue to develop practical applications for the technology and will use it to contribute to the expansion of application scenarios for sensor networks and wearable devices.

(Note 1)
Based on the survey of A/D converters presented at ISSCC and VLSI. Note that here, power efficiency is defined as "power consumption / (2 × effective resolution × conversion speed)" and represents the energy consumption per conversion. Thus, a smaller number for power efficiency indicates lower power consumption.
(Note 2)
An A/D converter converts analog signals to digital signals. Since received radio waves are analog waveforms, it is necessary to convert them to digital signals so that they can be processed by CPUs in the wireless LAN.
(Note 3)
IEEE 802.11ax operates at frequencies of 2.4 and 5 GHz. It aims to improve average throughput in environments with high terminal densities.
(Note 4)
Based on comparison with the power efficiency of a previously announced pipeline-type A/D with SNDR of over 56 dB and a sample rate of over 100 MS/s that does not use digital correction.
(Note 5)
A circuit element used in an amplifier. Increasing its gain improves the multiplication accuracy of the amplifier, but doing so also increases the operational amplifier's power consumption.
(Note 6)
A circuit that determines whether its input is greater than or less than zero. It can be realized as a digital circuit.