Kawasaki, Japan--Toshiba Infrastructure Systems & Solutions Corporation (hereafter TISS) today announced that it has delivered permanent magnet synchronous motors (PMSMs) and other electric equipment for the traction systems of 336 new cars of the Seoul Metro in Korea. These are the first cars of Seoul Metro equipped with PMSMs.

The PMSM is a high-efficiency motor that uses permanent magnets in the rotor and consumes considerably less power than conventional motor systems. In addition, since the PMSM generates less heat, a totally enclosed, natural cooling structure is adopted. As a result, it generates less noise and prevents dust ingression, reducing maintenance requirements.

Since in the 1990s, TISS has delivered electric equipment to Korea for more than 2000 railway cars and electric locomotives, including those for Seoul Subway. Seoul Metro is planning to run new cars on Line 1 that links Gimpo International Airport to central Seoul and on Line 7 that links Seoul to other districts. Both Line 1 and Line 7 are highly convenient and are expected to contribute to mass transit in their respective service areas.
TISS will continue to actively promote energy-efficient PMSM systems in Korea and the global rolling stock market as an energy-efficient solution that reduces environmental impacts. 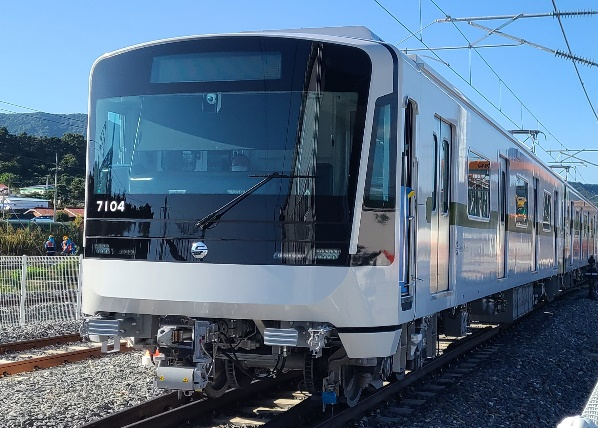