Kawasaki, Japan--Toshiba Infrastructure Systems & Solutions Corporation (hereafter TISS), has announced that its battery system using the SCiB™ lithium ion battery was certified as compliant with the highest safety integrity level (SIL4*1) of the EN (European Norm) 50126 standards (RAMS*2) and the RAMS safety requirements of EN 50129, which is mandated for rolling stock in Europe. TISS's lithium-ion battery system is the first ever to be recognized as compliant with these EN standards for rolling stock.

The battery system can control up to 28 battery modules connected in series (with a nominal voltage of 773 VDC) and incorporates a battery management unit (BMU), a safety supervisor unit (SSU), and other circuits. The BMU provides information on battery voltage and temperature, while the SSU monitors the functional safety of the individual battery modules.

The world's railway market is expected to continue to grow. As mass transit systems, railways must meet stringent safety requirements. Compliance with EN 50126 and EN 50129 is required for rolling stock as well as vehicle-mounted systems and components for Europe.

The SCiB has a structure that allows it to meet the stringent safety requirements of the RAMS standard. Its internal structure is resistant to thermal runaway and ignition, and neither the battery system nor its enclosure needs to incorporate protection against internal short-circuit. In addition, since the SCiB™ can charge and discharge at temperatures as low as -30°C, the SCiB™-based battery system can dispense with low-temperature protection.

The enhanced safety of SCiB™ simplifies the monitoring and control systems required for the battery system and thereby increases its reliability. The monitoring systems that provide multi-layer safety consist only of hardware, reducing the risk of malfunction.

In Japan, SCiB™ has been adopted for hybrid diesel generator-battery power systems and emergency running systems for rolling stock because of its outstanding characteristics, including a high level of safety, low-temperature operation, and a long life of more than 20,000 charge/discharge cycles.

TISS will leverage the EN certification to strengthen its battery system business for rolling stock in Europe and elsewhere, including Japan.

* SCiB is a trademark of Toshiba Corporation, registered in Japan and other countries. 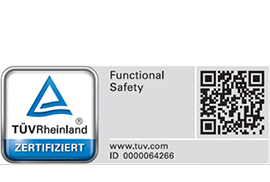 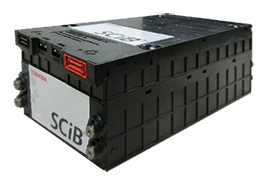 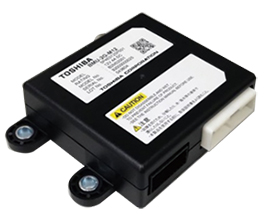 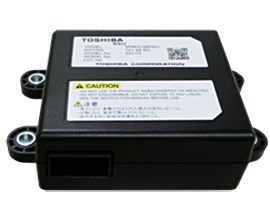 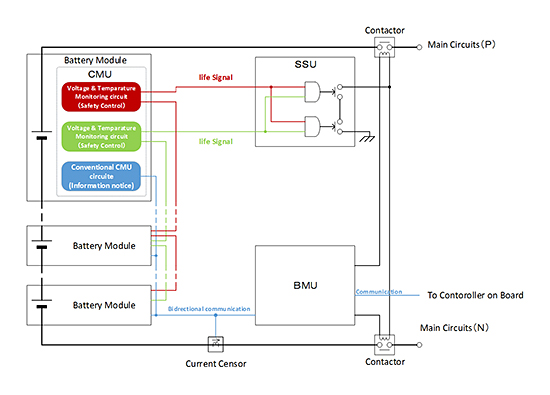 This table can be scrolled horizontally.

*1
SIL4: Safety integrity level with a probability of failure per hour (PFH) of less than 1×10-8
*2
RAMS: Specification and demonstration of reliability, availability, maintainability and safety