TOKYO—Toshiba Corporation (TOKYO: 6502) has developed a new circuit technology for an automotive LiDAR which enables long-range distance measurement while capturing high quality 3D images, securing a major advance in a technology essential for self-driving vehicles. The developed LiDAR using the proposed circuit achieves a measurement range of 200m*1, which is world’s highest and twice than that of conventional automobile LiDARs.

LiDAR sensors can detect surrounding vehicles and pedestrians precisely than any other sensors. Thus, it has become an essential technology upon realizing self-driving vehicles. Toshiba has developed a new circuit technology for LiDAR which enables detection twice as far away as today’s LiDARs*2; it delivers not only early recognition of other vehicles or obstructions on a highway, but reduces the chance of overlooking a pedestrian while driving on urban areas as well. The new technology is expected to contribute upon realizing further reliable autonomous driving systems.

LiDAR is essential for the realization of advanced autonomous driving systems, as it produces real-time 3D images of the vehicle surroundings. Toshiba has developed a unique hybrid circuit that can measure as far as 200m with a high accuracy and resolution, enabling detection of small objects as well.

The biggest challenge in long distance LiDAR is conducting measurements under bright sunlight, which generates large noise. By utilizing an analog-to-digital converter (ADC) *3 and signal processing, the sunlight noise can be suppressed. However, ADCs do not support the high-speed processing necessary to provide accurate short distance measurements required for parking assistances. Furthermore, the 3D image resolution is degraded when reflected laser light comes from multiple objects, since current signal processing is averaging, the image becomes ‘blurred’. This increases the possibility of overlooking small objects such as pedestrians.

Toshiba’s solution is utilizing a hybrid of two circuits: one for measuring short distances and an ADC circuit for measuring long distance. Relaxing the processing speed required for the ADC circuit enables realization of long distance measurement. Performance is further enhanced by Toshiba’s newly developed smart averaging technique. The new technique solves the problem of conventional signal processing by determining whether the reflected signals of multiple lasers are from the same or different objects, therefore the image becomes ‘sharpened’ and the LiDAR image resolution significantly improves. The combination of the hybrid circuit and the smart averaging technique makes it possible to push the LiDAR sensor range to 200m and simultaneously enables the detection of small objects.

“Toshiba unique circuit technology for automotive LiDAR will accelerates the realization of secure and sophisticated autonomous driving system,” said Dr. Osamu Hori, Director of Toshiba Corporation’s Corporate Research & Development Center. “This technology makes a significant difference to the distances LiDAR can measure, and we see it as essential for making practical use of automotive LiDAR. We will continue research toward extending the measurable distance and improving raging accuracy, and aim to establish a practical technology by fiscal year 2020.”

Details of the technology were announced at the 2018 IEEE International Solid-State Circuits Conference (ISSCC) held in the United States San Francisco on February 12. 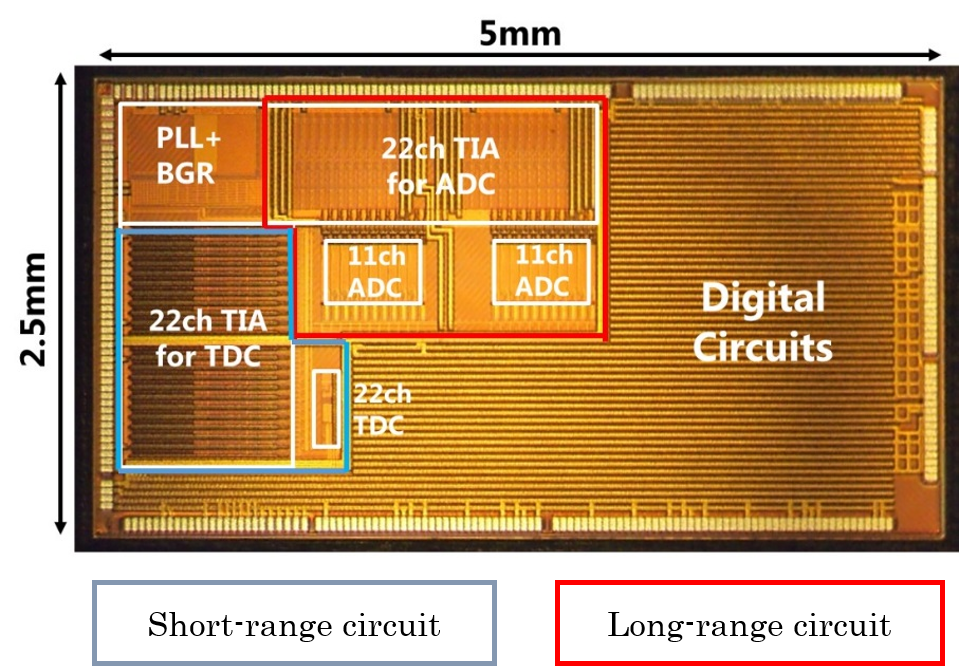