TOKYO—Toshiba Corporation (TOKYO: 6502), Tohoku Electric Power Co., Inc. (TOKYO: 9506) and Iwatani Corporation (TOKYO: 8088) announced that they will construct and operate a large-scale hydrogen energy system in Namie-cho, Fukushima prefecture, based on a 10,000 kW class hydrogen production facility. The system will use hydrogen to offset grid loads, and deliver hydrogen to locations in Tohoku and beyond, and will seek to demonstrate the advantages of hydrogen as a solution in grid balancing and as a hydrogen gas supply.

That project has won a positive evaluation from Japan’s New Energy and Industrial Technology Development Organization (NEDO), and its continued support for the transition to the technical demonstration phase. The practical effectiveness of the large scale system will be determined by verification testing in fiscal year 2020.

The main objectives of the partners are to promote expanded use of renewable energy in the electricity grid in order to balance supply and demand and process load management; and to realize a new control system that optimizes hydrogen production and supply with demand forecasting for hydrogen.

Japan’s Ministry of Economy, Trade and Industry’s ‘Long-term Energy Supply and Demand Outlook’ targets increasing the share of renewable energy in Japan’s overall power generation mix from 10.7% in 2013 to 22-24% by 2030. Since output from renewable energy sources is intermittent and fluctuates widely with the weather and season, grid management requires another compensatory power source. The large hydrogen energy system is expected to provide a solution for grids with a high penetration of renewables.

Mr. Hiroyuki Ota, General Manager of Toshiba's Energy Systems & Solutions Company, noted: “Through this project, Toshiba will continue to provide comprehensive hydrogen solutions, encompassing all processes from the production to utilization of hydrogen.”

Mr. Mitsuhiro Matsumoto, Manager of Tohoku Electric Power Co., Ltd. said “We will study how to use hydrogen energy systems to stabilize electricity grids with the aim of increasing the use of renewable energy and contributing to Fukushima.”

Mr. Moriyuki Fujimoto, General Manager of Iwatani Corporation said, “Iwatani considers that this project will contribute to the early establishment of a hydrogen economy that draws on our experience in the transportation, storage and supply of industrial hydrogen, and the construction and operation of hydrogen stations.” 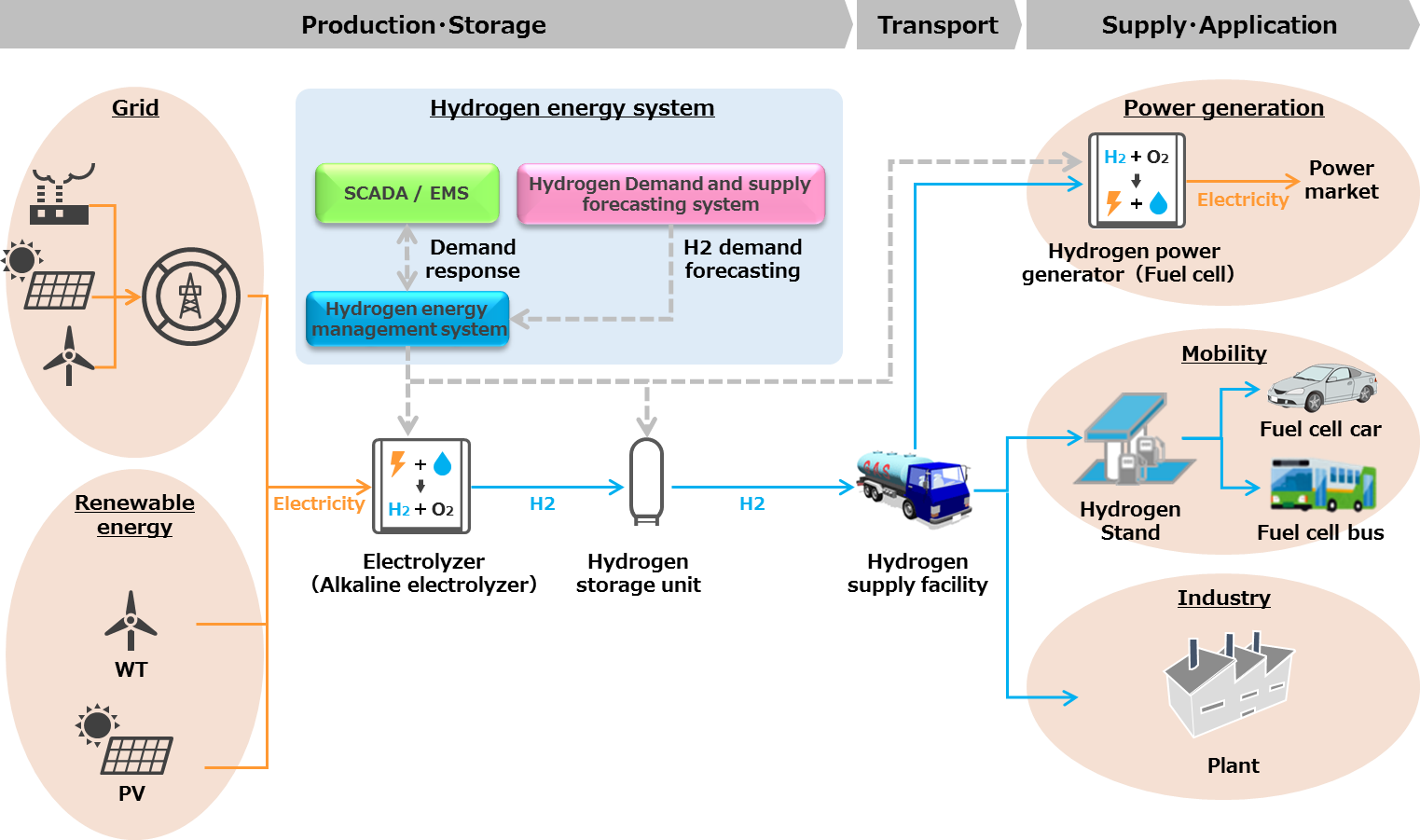