A Japanese partnership, consisting of the Kanagawa Prefectural Government, the municipal governments of the cities of Yokohama and Kawasaki, Iwatani Corporation, Toshiba Corporation, Toyota Motor Corporation, Toyota Industries Corporation, Toyota Turbine and Systems, Inc., and Japan Environment Systems Co., Ltd. announced today that all facilities to be used in the FY2015 Regional Cooperation and Low-carbon Hydrogen Technology Demonstration Project commissioned by the Ministry of the Environment have been completed, and full-scale operations have commenced. The goal of the project is to implement and evaluate a low-carbon hydrogen supply chain which will utilize hydrogen produced from renewable energy in facilities along Tokyo Bay (in Yokohama and Kawasaki) to power forklifts.

A system has been created for using electricity generated at the Yokohama City Wind Power Plant (Hama Wing) to electrolyze water to create low-carbon hydrogen, which is then compressed and stored. The hydrogen produced at the site will be transported in a hydrogen fueling truck to a fruit and vegetable market, a factory, and warehouses. The hydrogen will be used in fuel cells to power forklifts at these locations.

2. Specific items to be verified by the project

The business case for hydrogen supply chains and future expansion to other regions will be verified, through cost analysis and measurement of the project’s contribution to global warming countermeasures. 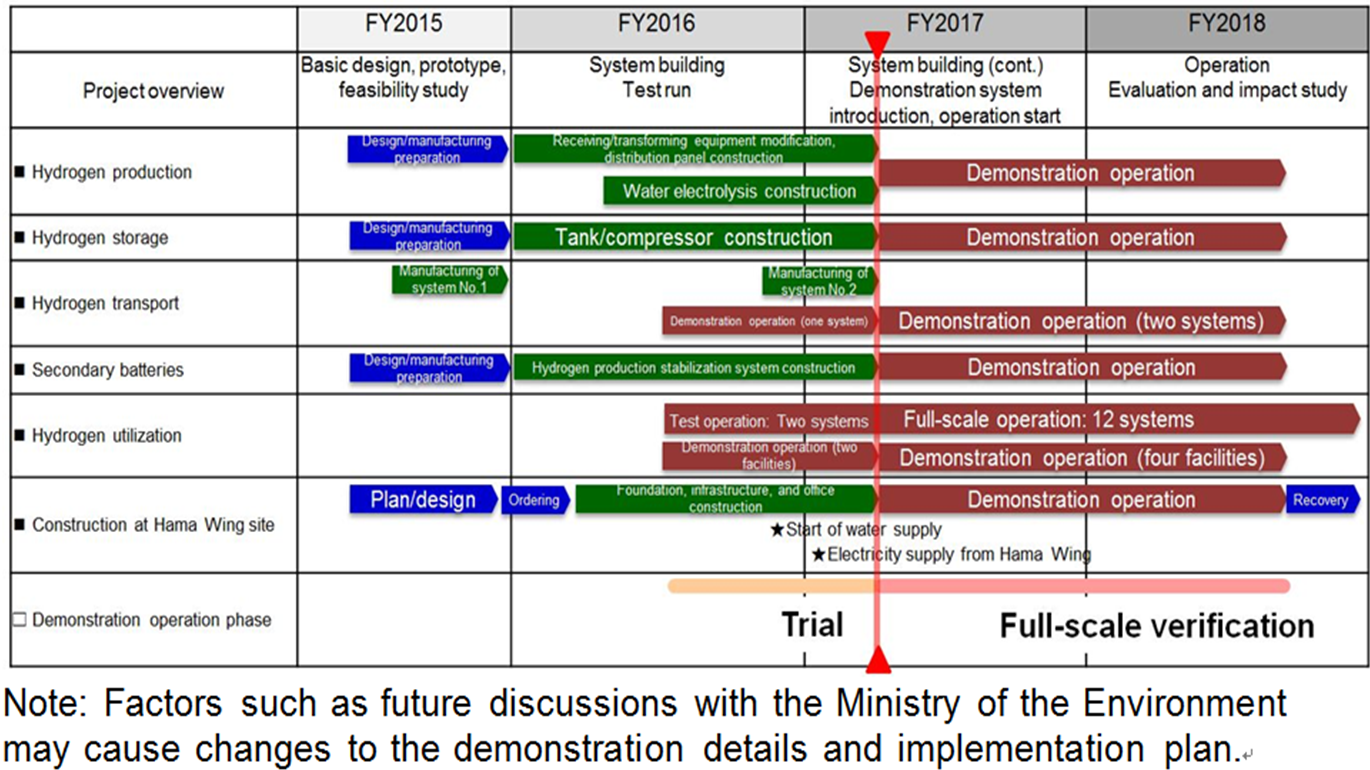 2. System to optimize storage and transportation of hydrogen

3. Use of fuel cell forklifts

Names and locations of facilities using fuel cell forklifts, and dates of introduction