・Toshiba’s H2One™ is generating electricity to light part of a station building in Kawasaki, Japan
・In the event of a disaster will provide off-grid energy supply and hot water.
・Delivers a CO2-free, environmentally friendly energy solution. 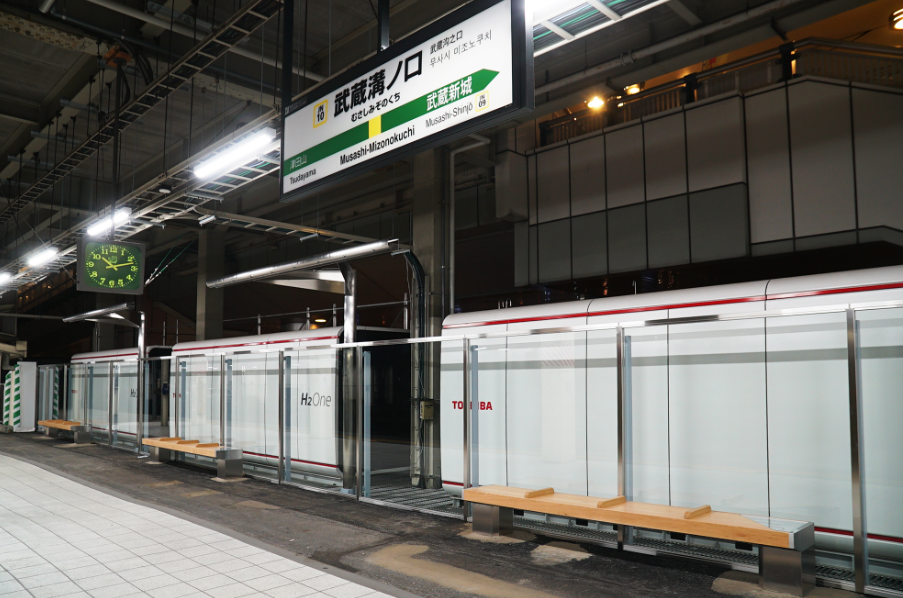 TOKYO—Toshiba Corporation (TOKYO: 6502) today announced that H2One™, the company’s autonomous hydrogen energy system, is now in operation at  Musashi-Mizonokuchi Station on the JR Nambu Line in Kawasaki City, Japan. The system, a Business Continuity Plan (BCP), is designed for use in both normal, day-to-day operation and in the event of a disaster that knocks out power supply.

In emergencies, the H2One™ will provide uninterrupted, off-grid energy supply to light part of the station concourse and its lavatories. At other times, the system produces hydrogen and generates electricity, lowering consumption of mains electricity. In winter, hot water it produces will be circulated though benches at the station to warm them. Toshiba’s H2EMS™ management system provides optimal control of overall operation, including hydrogen production and power generation and storage.

Commenting on the start of operation, Hiroyuki Ota, Project Manager, New Energy Solutions Project Team of Toshiba Energy Systems & Solutions Company said: “I am delighted that we have installed an H2One™ at a train station for the first time. I am sure use of the BCP H2One™ will save energy and raise environmental awareness among passengers using the station. Our goal is to help realize a low carbon economy where CO2-free electricity from hydrogen is widely used.”

Toshiba has already delivered an H2One™ BCP model to the Kawasaki Marien public facility and Higashi-Ogishima-Naka Park in the Kawasaki Port area, and to an artificial island and pier in the Port of Yokohama.