TOKYO - Toshiba Corporation (TOKYO: 6502), a leader of the development of solutions for the achievement of a low carbon hydrogen economy, has won an order to supply a pure hydrogen fuel cell to Tokuyama Corporation, a Tokyo-based chemical company. This is the first order for Toshiba’s 100kW pure hydrogen fuel cell, and delivery is scheduled for February 2017. Tokuyama will use the fuel cell to supply power to a swimming pool managed by one of its group companies in Shunan, Yamaguchi prefecture, the westernmost prefecture on Japan's main island.

Pure hydrogen fuel cell systems are a clean energy solution that uses hydrogen as a fuel for CO2-free electricity generation. This 100kW model is a proton exchange membrane fuel cell (also known as a solid polymer electrolyte fuel cell), which has an anode, a polymer electrolyte membrane, and a cathode. The anode oxidizes the hydrogen fuel to produce positively charged ions and negatively charged electrons. The ions pass through the membrane, but the electrons are blocked and travel through a wire, producing electricity. At the cathode, the ions and electrons recombine and react with oxygen to produce warm water, the only "waste" produced in the process.

The high output of the 100kW fuel cell system that Toshiba will supply for Tokuyama will cover almost all requirements at the swimming pool, including lighting and circulation pumps in the pool. Hot water produced through the generation process will also be utilized, to help heat the hot water boilers in the shower rooms. The redundant hydrogen used to fuel the process will be supplied by Tokuyama's local caustic soda plant. Tokuyama is verifying use of the pure hydrogen fuel cell system under the Ministry of the Environment's Low-Carbon Hydrogen Supply Chain Project, to evaluate use of byproduct hydrogen as a fuel*1.

Commenting on the order, Mr. Hiroyuki Ota, General Manager of Toshiba's Energy Systems & Solutions Company, noted: "We draw on the diverse capabilities of Toshiba Group companies to develop technical solutions and innovative products, like the 100kW pure hydrogen fuel cell system. This new product will help Tokuyama to reduce CO2 emissions, utilize hydrogen it previously released, and to become more eco-friendly. We will continue to promote new product and aim to expand sales of fuel cells."

Toshiba Group has a long track record in supplying large fuel cell systems for industrial use. More recently, the company has responded to customer requests for increased system scale and efficiency by bringing know-how in long-term operation and cell-stack technology gained in its  "Ene-Farm" home-use systems, to a new 700W pure hydrogen fuel cell system. Designed for household use, it is Toshiba's most efficient fuel cell to date.

Moving forward, Toshiba's Energy Systems & Solutions Company, a diverse technology provider and a world leader in developing hydrogen solutions for the global market, will continue to develop diverse technologies, from generation through to utilization, that contribute to realization of a hydrogen economy.

*1 The details of the project would be changed through discussion with Ministry of the Environment, Japan. 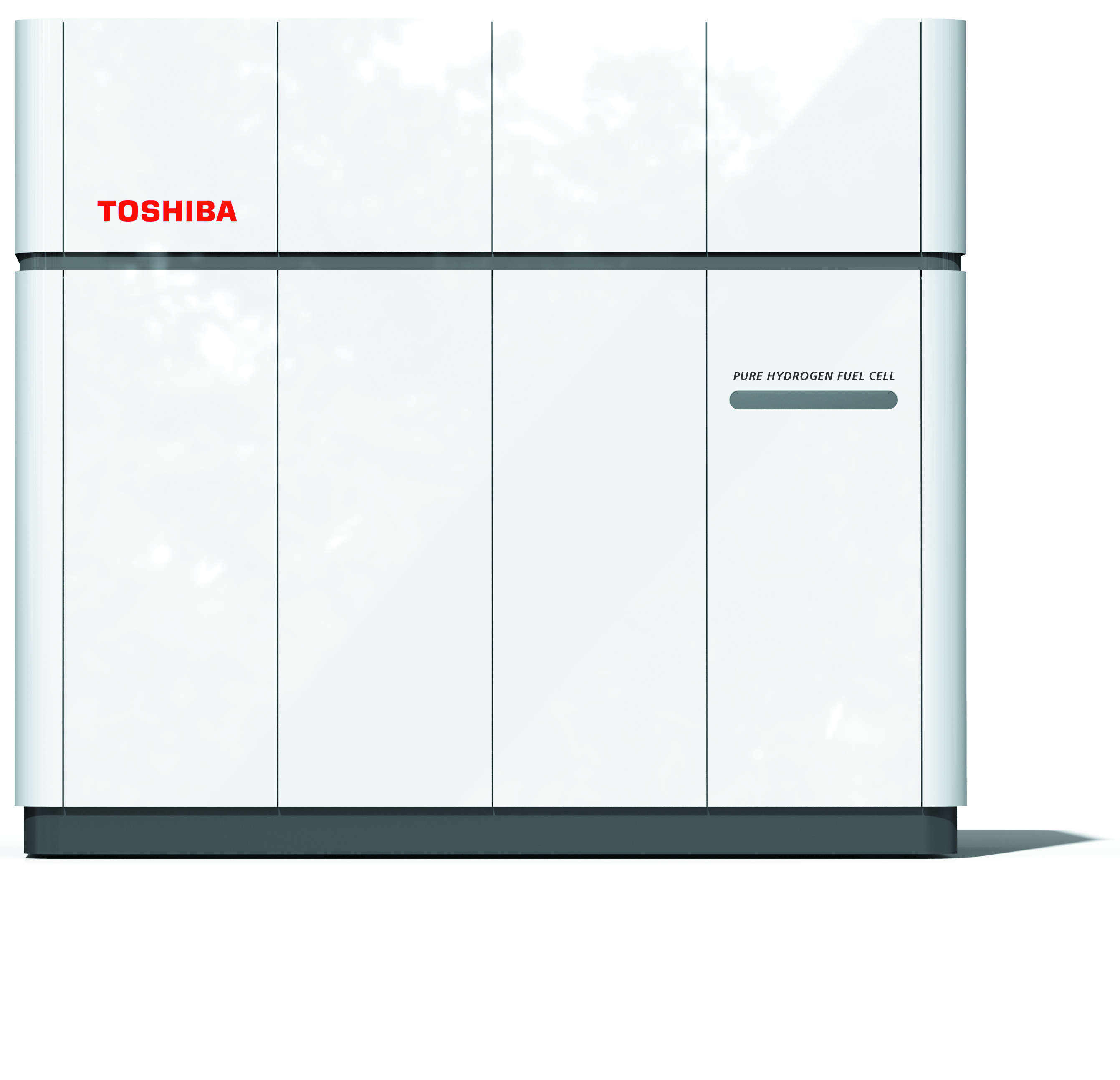