Seibu Railway, one of Tokyo’s largest private rail companies, operates services from Shinjuku and Ikebukuro that serve western Tokyo and northern Tokyo and Saitama, respectively. Toshiba will deliver 24 sets of propulsion systems for eight ten-car trains. This is the company’s first volume order for propulsion systems for Seibu trains, and delivery is scheduled to start in spring of 2016.

The PMSM delivers a series of unchallenged benefits, starting with a rated energy efficiency of 97%. The motor’s totally enclosed design eliminates the need for cleaning during its service life and minimizes maintenance, and its 4-in-1 VVVF inverter system, which integrates two 4-in-1 inverter units with inverter circuits for each cooling unit, is smaller and lighter than the typical systems now in use. Perhaps most important, the propulsion system cuts power consumption by 30% to 50%, compared to Toshiba’s preceding system*1, as the inverter system can drive up to eight PMSMs, significantly reducing traction power consumption*2, and Toshiba’s proprietary control system for regenerative braking*3  harvests more energy and boosts the overall energy efficiency of the trains.

[*1]
A type of system widely used in rolling stock, combining a VVVF inverter and induction motors.

[*2]
Power consumed when a train uses supplied electricity to accelerate.
[*3]
A braking system that uses the main motor as a generator during braking and supplies the output to the electrical load. 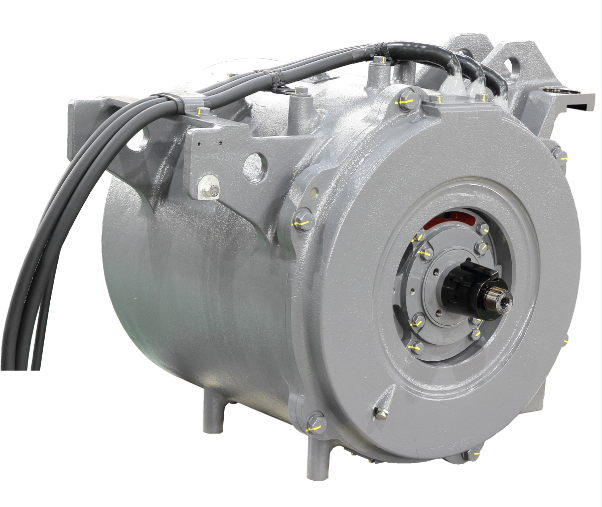