TOKYO—Toshiba Corporation (Tokyo: 6502) will start verification testing of the transmission of genome analysis data using quantum cryptography that is theoretically completely secure from tapping. Testing will start on August 31 and will be the first use of quantum cryptographic communication system using actual data in Japan.

Genome data produced by the “Japonica ArrayTM*1” Japanese genome analysis tool at Toshiba Life Science Analysis Center will be encrypted by a quantum cryptographic communication system and transmitted to Tohoku University’s Tohoku Medical Megabank Organization, over a distance of 7 km. In a two-year verification program that will run until August 2017, the testing will monitor and verify communication stability speed in long-term operation and the impact of environmental conditions, including weather, temperature and the status of the optical connection.

Quantum cryptographic communication uses quantum physics to ensure that genomic data encrypted with digital keys remains secret. Standard optical communications can be intercepted and read by measuring a part of the optical signal.  However, in quantum communications bits are carried and sent by individual photons*2, which cannot be tampered with without leaving a trace of the intrusion. As a consequence the secrecy of untampered encryption keys, and the genome data they protect, can be guaranteed.

Toshiba aims to use the results of the current verification testing to support commercialization within five years of a quantum cryptographic communication system able to guarantee secure transfers of confidential information and personal information. Potential users will include public agencies and medical institutions.

*3 Part of the research results is derived from the “Research and Development on Secure Photonic Network Technology” outsourced to the National Institute of Information and Communications Technology (NICT). 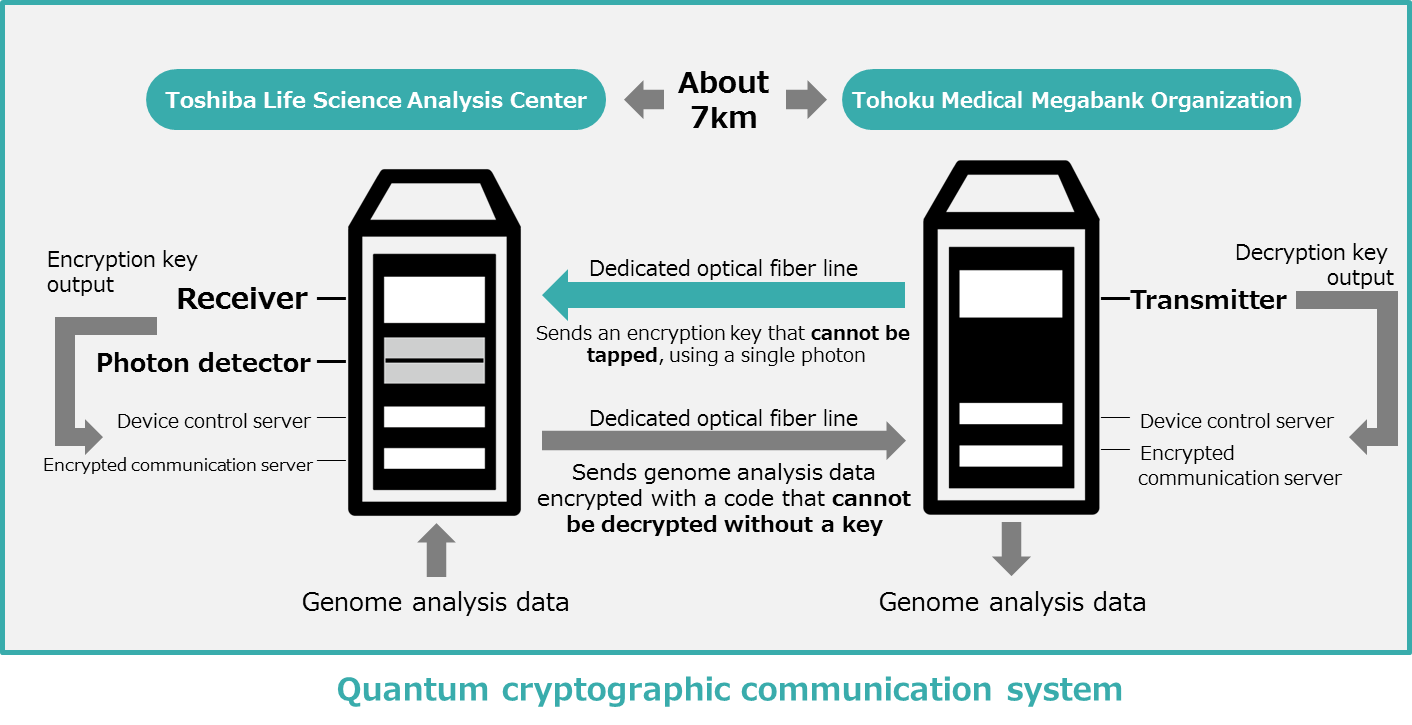 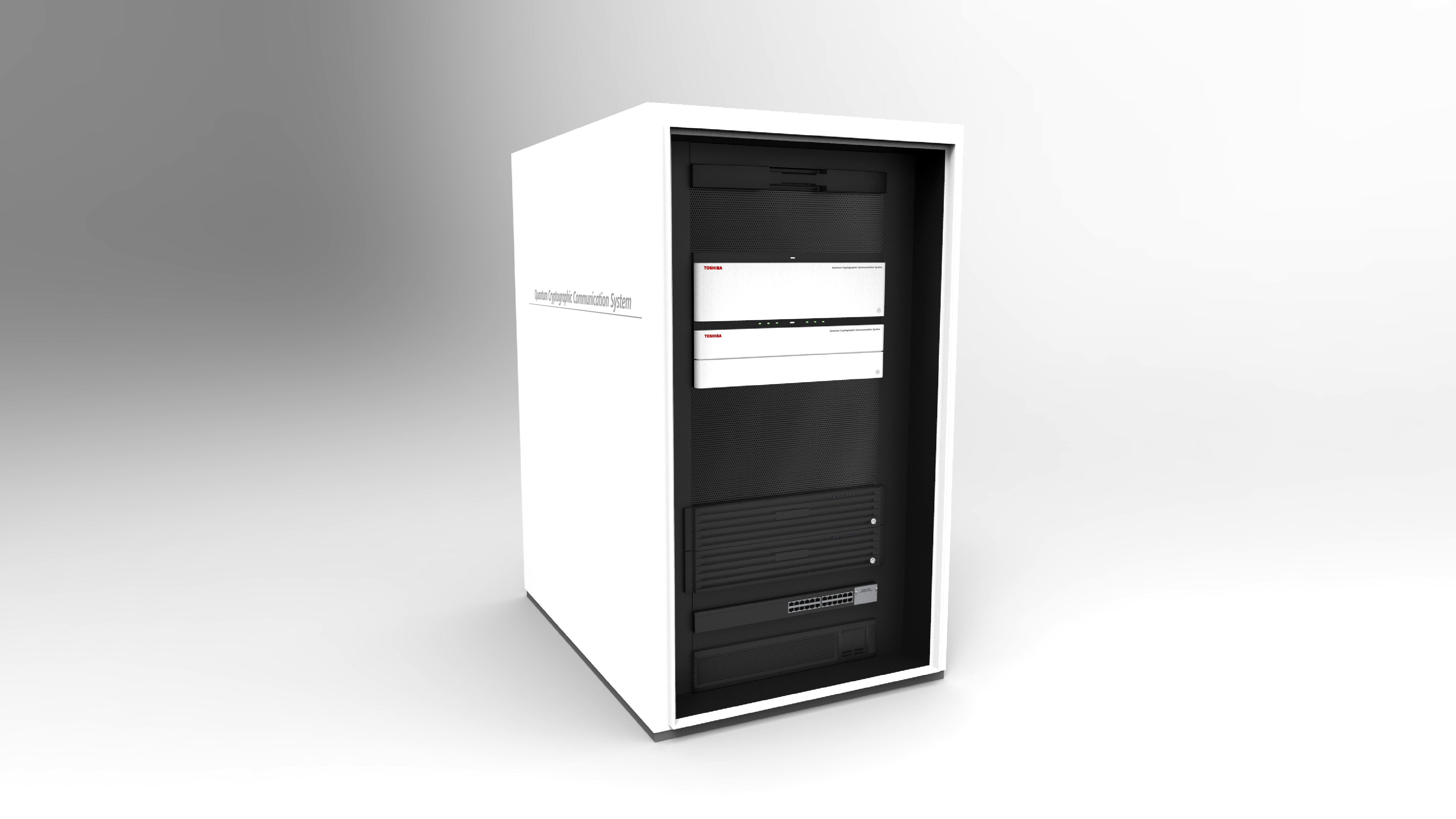