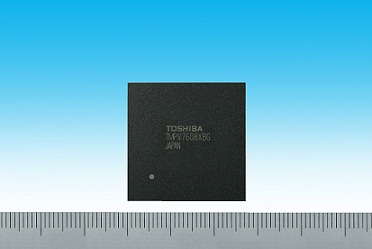 TOKYO – Toshiba Corporation (TOKYO: 6502) today announced that it will expand its line-up of image recognition processors for automotive applications with the launch of the TMPV760 series. Sample shipments of the first device, “TMPV7608XBG” will start in January 2015, with mass production scheduled for December 2016 onwards.

“TMPV7608XBG” also supports a Structure from Motion (SfM) accelerator[3] that realizes 3D reconstruction using the input stream of a monocular camera, and that can detect motionless obstacles on a road surface that are not detected by conventional pattern recognition.

In parallel, Toshiba has also launched a system power management IC, “TC9580FTG,” for optimizing TMPV760 series power management．Sample shipments start from the end of this month, with mass production scheduled to start in November 2015.

Key Features of the new product

“TMPV7608XBG” integrates new Enhanced CoHOG accelerators that make use of luminance- and color-based image information. This enhancement significantly boosts recognition accuracy, especially at night and scenes with low luminance differences between objects and the background. In addition, its high-speed computation capability can shorten the recognition time of pedestrians and vehicles.

“TMPV7608XBG” uses the SfM in 3D reconstructions and estimations of the positions and sizes of obstacles not detected by conventional pattern recognition. It accelerates the overall detection speed by narrowing down candidates for further analysis during a pre-processing phase.

“TMPV7608XBG” has a Heterogeneous Multi-Core architecture that allows it to handle multiple applications simultaneously in real-time. It features 8 MPEs (Media Processing Engines) that perform double precision floating point arithmetic, and integrates 14 types of image processing accelerators for the first time.

Simultaneous recognition of up to eight images is realized, and the image processing capability is 10 times that of Toshiba’s previous image recognition processors.

ADAS applications are processed concurrently within a time window of 50ms by the image recognition processor, achieving a relatively low power consumption, due to the Heterogeneous Multi-Core architecture’s operating frequency of up to 266.7MHz.

The “TC9580FTG” system power management IC employs a DC-DC converter for optimizing voltage and power current control of the TMPV760 series. The new IC, with its output stage especially designed for optimal power management of TMP7608XBG, contributes to set downsizing and achieving the low heat operation required for ADAS applications. 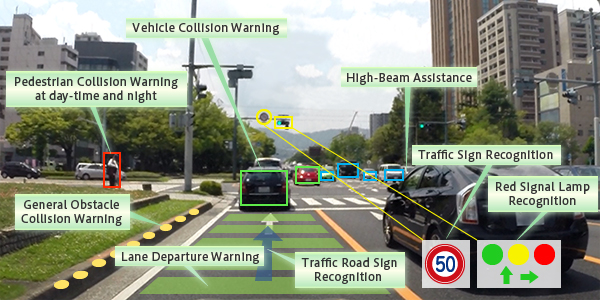 * MIPI is a registered trademark of MIPI Alliance, Inc.