TOKYO-Toshiba Corporation (Tokyo: 6502) today announced that, in collaboration with Electronic Corporation of India Limited (ECIL), it has received an order to supply an X-band dual polarization transportable Doppler weather radar system to India Meteorological Department (IMD). The radar, the first weather radar that Toshiba will supply to outside Japan, will be installed at Srinagar, Jammu and Kashmir, India in January 2015.

Localized catastrophic flooding caused by long or local heavy rainfall is becoming a significant problem worldwide, and particularly in India and the ASEAN countries. Weather radars track cloud movements and can pinpoint the buildup of potentially threatening systems in real time, allowing the authorities to issue warnings and order life-saving evacuations.

Toshiba has been collaborating with ECIL on weather radars since August 2012. The current order follows positive evaluation of their joint proposal, which drew on Toshiba's extensive experience in supplying weather radars in Japan, and ECIL's capabilities in supporting operation in the field in India. Toshiba has already supplied similar radars to Japan's Ministry of Land, Infrastructure, Transport and Tourism, and to universities and research institutions.

The X-band dual polarization transportable Doppler weather radar system for IMD has a range of 80km, and its short wavelength supports high resolution imaging of precipitation and wind velocity. It is only 25% of the size and consumes only 10% of the power of an equivalent electron-tube-based radar.

Toshiba is a leader in weather radar technologies. In August 2012, working with Osaka University and the National Institute of Information and Communications Technology (NICT), the company developed the world's first* phased-array weather radar with digital beam forming (DBF) technology, capable of making observations in 10 directions simultaneously. This radar can capture 3D rain observations in just 10 seconds, 20 times faster than conventional systems, and is used to observe sudden and unexpected weather events such as torrential rain and tornadoes. These are usually caused by rapid growth of cumulonimbus, in as short a time as 10 minutes, and Toshiba's system provides updates within a minute

Going forward, Toshiba will continue to propose products and solution that best match each country's needs and requirements. The company is committed to contributing to the realization of a safer society by providing early detection of disasters. 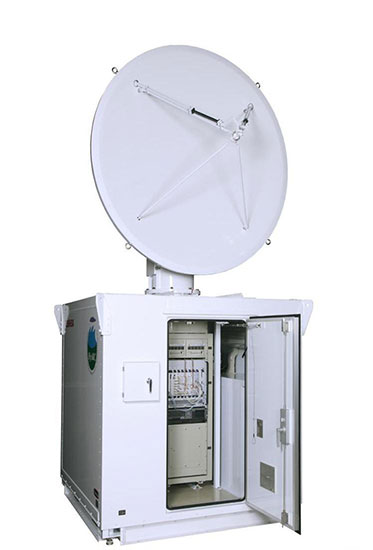