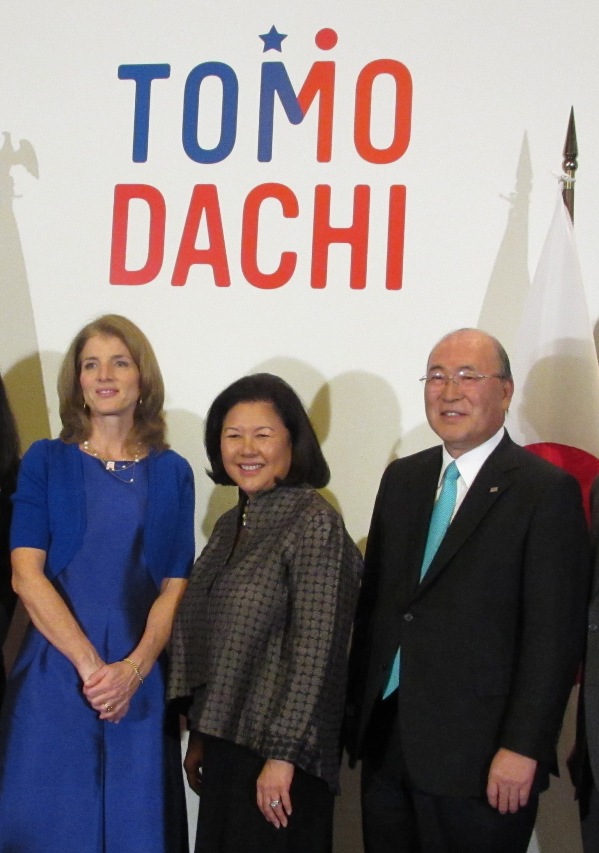 Caroline Kennedy, The U.S. Ambassador to Japan (Left), Irene Hirano Inouye, the U.S.-Japan Council President (Center) and Atsutoshi Nishida, Chairman of Toshiba Corporation (Right) at a press event that was held at the Ambassador's residence in December 13, 2013. 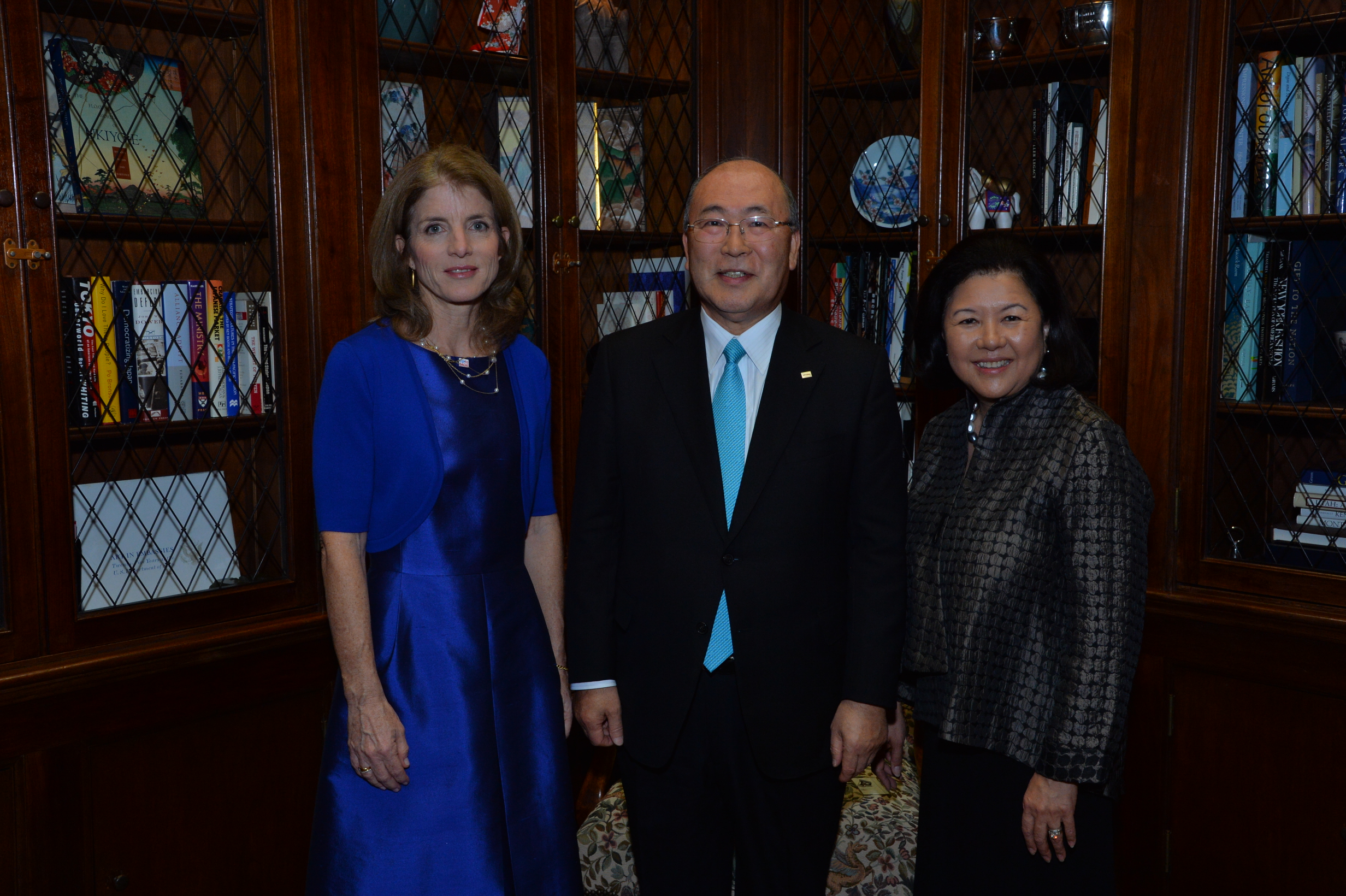 Caroline Kennedy, The U.S. Ambassador to Japan (Left), Atsutoshi Nishida, Chairman of Toshiba Corporation (Center) and Irene Hirano Inouye, the U.S.-Japan Council President (Right) in a room of the Ambassador's residence in December 13, 2013.

TOKYO, JAPAN, December 13, 2013 — Toshiba Corporation announced today the launch of the TOMODACHI Toshiba Science & Technology Leadership Academy. This marks the beginning of Toshiba's partnership in the TOMODACHI Initiative, a public-private partnership between the U.S.-Japan Council and the U.S. Embassy in Japan that invests in the next generation of Japanese and American leaders through educational and cultural exchanges, as well as science, engineering, and leadership programs. In partnership with the TOMODACHI Initiative, Toshiba has created the academy to nurture a strong sense of Science Technology Engineering and Math (STEM) literacy, and to inspire students to use science and technology to address some of the world's most complex issues.

"We are delighted to hear that the Toshiba Corporation has partnered with the TOMODACHI Initiative," stated the U.S. Ambassador to Japan Caroline Kennedy.  "Toshiba's generous funding to TOMODACHI will connect young Japanese and American people through leadership education in science and technology, building a strong, enduring U.S.-Japan relationship.  I thank them for their generosity and support."

The academy links the TOMODACHI Initiative's roots in disaster recovery and Toshiba's founding commitment to technological innovation, and the company's passion for science and technology education. During the week-long, cross-cultural academy, 16 high school students and eight teachers from Japan and the U.S. will work together to address global issues. Participants will work in teams to develop proposed solutions to secure a sustainable future for the planet while using learning experiences that are central to Next Generation Science Standards (NGSS). The TOMODACHI Toshiba Science & Technology Leadership Academy will take place each year in August in Tokyo.

In the United States for the past 21 years, Toshiba and the National Science Teachers Association (NSTA) have hosted the annual Toshiba/NSTA ExploraVision program, the world's largest K-12 science competition that encourages children to expand their imagination and have fun while developing an interest in STEM at an early age. To date, more than 315,000 students have participated in the program.

"As a strategic partner of the TOMODACHI initiative, we are pleased to contribute to reinforcing the already strong ties between the United States and Japan," said Atsutoshi Nishida, Chairman of Toshiba Corporation. "We are deeply committed to promoting innovation, and we want our program to help to cultivate a love of science among future leaders in the United States and Japan and to encourage friendship."

"The National Science Teachers Association is proud of be part of the TOMODACHI Toshiba Science & Technology Leadership Academy," says David Evans, Executive Director, NSTA.  "We look forward to fostering vibrant relationships between talented U.S. and Japanese students and teachers who will not only be learning from each other, but also working together to share ideas and design a smarter planet for us all."

The U.S. high school students and teachers who participate in the TOMODACHI Toshiba Science & Technology Leadership Academy will be selected from the participants of the 2014 Toshiba/NSTA ExploraVision on the basis of an essay contest to describe a vision for a resilient, smarter community enabled by technology. Their Japanese counterparts will be selected from students and teachers at high schools in Japan that promote strong initiatives and achievements in science and mathematics education and international student exchanges.

About the TOMODACHI Initiative

The TOMODACHI Initiative is a public-private partnership, born out of support for Japan's recovery from the Great East Japan Earthquake, that invests in the next generation of Japanese and American leaders through educational and cultural exchanges as well as entrepreneurship and leadership programs. We seek to foster a "TOMODACHI generation" of young American and Japanese leaders who are committed to and engaged in strengthening U.S.-Japan relations, appreciate each other's countries and cultures, and possess the global skills and mindsets needed to contribute to and thrive in a more cooperative, prosperous, and secure world.

Toshiba/NSTA ExploraVision is a science competition that goes beyond the typical student science competition and into what it takes to bring ideas to reality. A teacher will sponsor and lead his/her students as they work in groups of 2 – 4 to simulate real research and development. A teacher will guide his or her students as they pick a current technology, research it, envision what it might look like in 20 years, and describe the development steps, pros & cons, and obstacles. Past winners have envisioned technologies ranging from a hand-held food allergen detector to a new device to help people who have lost limbs regain movement in real time.