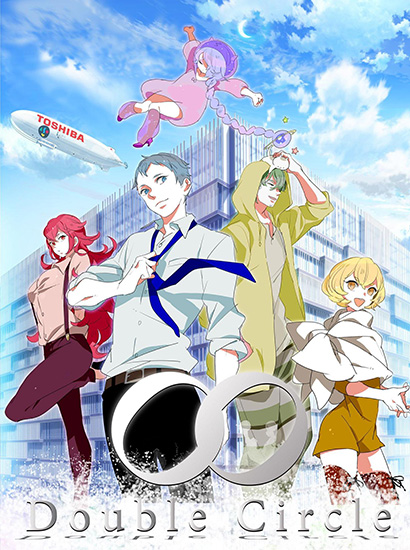 TOKYO — Toshiba Corporation (Tokyo: 6502) today announced the launch of "Double Circle," a series of on-line animated short movies set in Kawasaki, Japan, that will entertain and delight anime fans while introducing the smart community that Toshiba pictures for downtown Kawasaki. A dedicated website and the official social media accounts open today, and animation streaming will start at the end of November.

Double Circle encompasses two concepts: infinitely-evolving energy; and a comfortable city realized with the information and communication technology (ICT) of the smart community business. Each film in the series will see citizens of Kawasaki transformed into heroes who battle and overcome the enemy; the evolving smart community and renewable energy versus a world where time stand still / a world where is without color.

Toshiba will open its new Smart Community Center on the west side of Japan Railway's Kawasaki Station on October 31. With this building as the anchor, Toshiba will contribute to smart community demonstrations that Kawasaki City is promoting in the station district.

Toshiba and Kawasaki City signed an agreement on cooperation to realize a smart community in October 10. Going forward, they are going to work together for developing Building and Energy Management System (BEMS) and enlivening shopping streets in the station district with ICT which Toshiba provides.