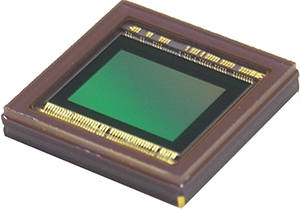 Sampling of the new sensor will begin at the end of January 2013 and mass production will follow in August 2013.

Continued advances in the resolution offered by compact digital cameras—now in the range of 10- to 16MP—have brought with them the challenge of improving performance and picture quality with smaller pixels. The TCM5115CL does just this by achieving a 15% improvement in full well capacity—the amount of charge an individual pixel can hold before saturating—against Toshiba's previous generation 16MP sensor (pixel size = 1.34μm).

CMOS image sensors are the main product of Toshiba's Analog and Imaging System business. The addition of the TCM5115CL to its CMOS sensor line-up for digital cameras will reinforce the business and support the company in securing its target of a 30% market share in 2015.