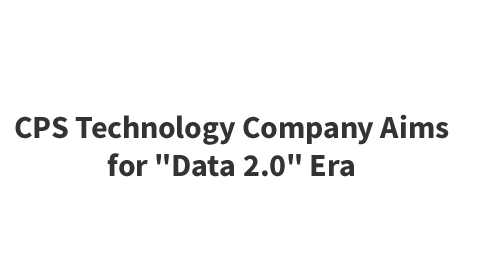 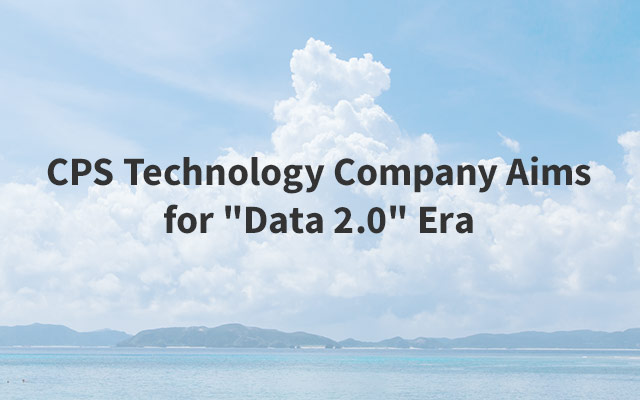 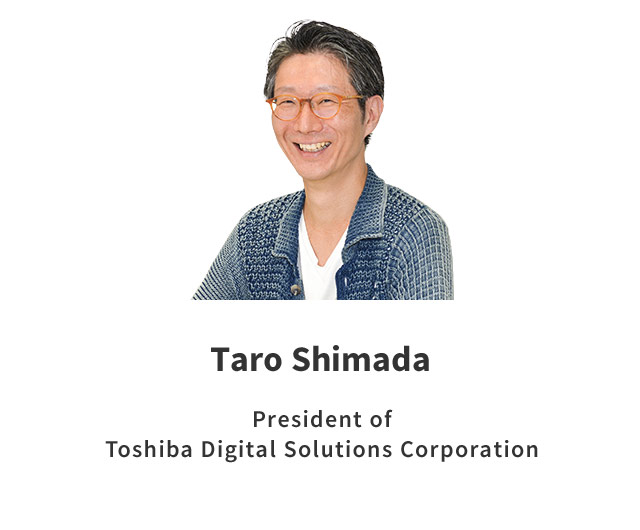 The Toshiba Group aims to become one of the world's leading Cyber-Physical System (CPS) technology companies. To achieve this, it is fusing cyber (virtual space) and physical (real world) technologies and working to contribute to the development of society. The Toshiba Group provides products and services to various industries and social infrastructure creators and operators. Our business is currently focused on infrastructure services used to keep these industries and infrastructure in operation over the long term. For the Toshiba Group to grow further and provide new value to society, we believe it is important that we develop our business around the core of data services. In this article, we will explain how we leverage the data that naturally accrues with infrastructure services of a highly public nature, and the data service business initiatives of the Toshiba Group, which is working to create a richer world for everyone.

Many of the devices and systems we provide these industries are characterized by needing particularly long service (infrastructure service) periods, such as maintenance and operation periods.

Public utility is important for social infrastructure, and it is important that this infrastructure is uninterrupted. For example, even if there are disasters or diseases such as COVID-19, the power supply must be stable and provided to everyone so that they can live their lives in safety and security. The Toshiba Group has continued to provide the utility and continuity required by social infrastructure. It is one of our points of pride.

We have a track record of building the vital social infrastructure that is essential in our daily lives over the course of decades and providing long-term lifecycle support. Based on this track record, the Toshiba Group plans to leverage the data that is generated during the course of maintenance and operation services in new data services, achieving further growth and development. This is our mission in the latest age of digitalization.

So, what is this “data service business” that the Toshiba Group has its sights set on? It is to build a system in which data from physical sources naturally aggregates through a scale-free network (explained later), combine that data in the cyber space, and provide new value to society.

Google, Amazon, Facebook, and Apple, collectively referred to as GAFA, are extremely influential throughout the world. They have much greater corporate value than us. Why is that? It’s because they are pioneers in the new world of “data services”.

Their data services are based on cyber-to-cyber data platforms. These primarily collect consumer data from computers and smartphones. However, with the spread of IoT deployment, we are now able to collect information from all kinds of devices.

What is important is to collect data from the devices of daily active users -- people who use their devices every day.

For many years, the Toshiba Group has supplied devices and systems closely linked to peoples’ lives, such as Point Of Sales (POS) systems, elevators, automatic railway ticket machines, and more, to customers around the world. Various technologies are necessary to aggregate the data produced by these devices and convert it into value.

We use the CPS technologies developed by the Toshiba Group, not only IoT/AI technologies but also powerful edge devices, advanced system integration technologies, and sophisticated security technologies. We collect data from these devices, combine various data in the cyber space, and create new value. These technical capabilities will enable the Toshiba Group to further increase our corporate value in the” Data 2.0” era in which data is used in physical-to-cyber. 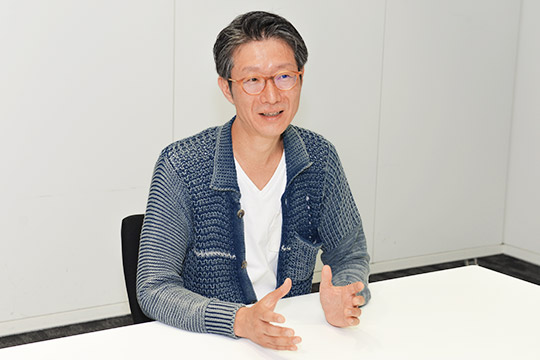 The scale-free networks needed in the unpredictable “VUCA” era

To link physical and cyber technologies and create new value, it is necessary to create systems which naturally collect data and combine it. This is the data platform of the Data 2.0 era. However, no Japanese companies have become true platform providers. Why not?

French mathematician Laplace asserted that if there were a transcendental intellect with perfect knowledge of the present state of the universe (“Laplace’s demon”), it would be able to predict the future with perfect accuracy.

In the 1960s, American meteorologist Lorenz tried to calculate the weather a year into the future using just three formulas, yet found that it could not be done. This is because even a tiny change in initial values had a profound influence on results. In other words, the future is uncertain and cannot be forecast with perfect accuracy.

This is also true of our modern world. New input can produce behavior totally unlike what came before it. For example, the spread of COVID-19 has produced massive changes in human activity. Nobody could have predicted all of these changes.

It has been said that modern society is an “era of VUCA*”, where the future is entirely unpredictable.

However, human beings are weak, and become anxious when they cannot predict what the future holds. People try to use the tree diagram framework to organize things, but the world is chaotic, and produces countless situations which aren’t present in these tree diagrams. In other words, the world simply can’t be fully represented in a tree diagram.

Although the future is unpredictable, we are creating platforms for that future. The internet was our inspiration for how to achieve this.

The world of the internet is a chaotic one. If you arrange all of the websites by their number of links, you find that it is not a normal distribution, but a power-law distribution. A handful of sites have an immense number of links, while the vast majority of websites have only a few links. However, if you travel from link to link, you will find that almost everything is connected. This is a scale-free network (Fig. 2). The internet grew by spreading out through this scale-free network.

Even more importantly, this scale-free network has the power to create new things and spur innovation. For example, consider “buzz.” Even a tiny tweet can, in the blink of an eye, reach far distant corners of the internet and become a popular topic of discussion.

We believe that the inability to create scale-free networks that produce this phenomenon is what has prevented Japanese companies from becoming true platform providers.

The Toshiba Group is striving to cause this phenomenon and create innovation by building platforms using physical-to-cyber scale-free networks. By doing this, we hope to contribute to the realization of rich societies in the Data 2.0 era as a CPS technology company.

The Toshiba Group is in the midst of various initiatives aimed at creating these platforms. These include, for example, ifLink and Smart Receipt

ifLink is an IoT platform that provides a convenient system for modularizing IoT devices and web services to make it easy for anyone to freely combine devices and services. We call it “the IoT you create yourself.”

Smart Receipt is a service that sends electronic receipts to smartphones in place of paper receipts when shopping. It can be integrated with POS systems to digitize receipts, making it possible for people, stores, and even communities to effectively use purchasing data.

Both of these platforms are already in use by various people, companies, and organizations. We expect data to continue to gradually accrue, developing into scale-free networks.

Creating a world in which everyone prospers

We believe that the allure of the Toshiba Group lies in its numerous epoch-defining technologies.

For example, precision medical technologies. Our microRNA detection technology (Toshiba Corporation)is an extremely disruptive, state-of-the-art technology that can detect 13 types of cancer in a single drop of blood with 99% accuracy, even from stage zero. In the field of Quantum Key Distribution(Toshiba Corporation), said to be the world’s top encryption technology, we are commercializing our encryption key supply service with the aim of making it a world standard. Hopes are also high for our commercialization of technologies such as tandem photovoltaic cells and Simulated Bifurcation Machines.

These are all the results of the Toshiba Group’s over 20 years of research and development. We plan to integrate these superb technologies with cyber technologies to provide high value services.

For the Data 2.0 era, the Toshiba Group is creating scale-free network platforms in which data naturally aggregates and striving to create a world in which multiple stakeholders, be they individuals, companies, or communities, leverage this data and enjoy richer lives.

※
The corporate names, organization names, job titles and other names and titles appearing in this article are those as of August 2020.

Vol.34 “Developing the Data Service Businesses with the new innovation”

September 24, 2020
“ifLink” Makes it Easy to Create IoT Services Yourself.The Goal is “Democratization of the IoT”

October 12, 2020
Shaping Data into Value and Building an Ecosystem for Creating a Better Future Together