IT trends A world that will change through analytics AI

In 2012, a group of researchers from the University of Toronto that included Professor Geoffrey Hinton proposed a method of image recognition using deep learning in the ILSVRC（ImageNetLarge Scale Visual Recognition Challenge）competition for image recognition accuracy, and with this largely surpassing the abilities of previous image recognition systems, the third AI boom was born. Ever since, AI technology has progressed rapidly, with the performance of image recognition, voice recognition, and text recognition improving to a great extent and in 2015 the ability of humans to distinguish things was surpassed by image recognition technology. Furthermore, work that had so far been entrusted to the intuition of experts, such as predictions of demand and stocks, sensing the signs of machine breakdown, and estimating the causes of abnormalities, had begun to become automated to a level of high precision. Also, the optimization of control and design through reinforcement learning is becoming possible using AI technology.
Toshiba Group has been researching and developing AI for over 50 years. This includes a sorting machine that automatically reads post codes with the world’s first handwritten text recognition technology in 1967, and Japan’s first Japanese word processor that was equipped with a kana-kanji conversion device that used Japanese sentence construction analysis in 1978. Now, using cutting-edge technology such as deep learning that draws on their AI research and technology, Toshiba is aiming to become a CPS technology company that fuses component technology in the physical world with AI and IoT-based cyber world technology, solves societal problems, and creates new value.

With the development of AI technology focused on deep learning, the use of AI in the real world is starting to be carried out in earnest. However, as there is no all-purpose AI, applications of AI will not always be optimal.
Also, unlike the IT of the previous era, AI needs a large amount of data in order to learn and the ability of the AI model depends on the quality of that data, plus accuracy is not guaranteed. Furthermore, there’s the aspect that the grounds for AI’s judgement are a black box. With the presence of these issues, the discussion of how to fit AI into society and reap its benefits has been occurring widely in Japan and internationally in recent years.
Multilateral environmental enhancements of technology, operations, and laws in order to implement AI widely across society are being called for, particularly in relation to privacy, security, and also fairness, accountability, and transparency (known as FAT（Fairness、Accountability、Transparency）).

As an example of an effort towards improving the ability to explain AI, DARPA (Defense Advanced Research Projects Agency) has been working on the XA research program since 2016 with the aim to realize explainable AI.

Due to the third AI boom, AI technology has rapidly improved and is moving from the research field to the stage of practical usage. Activities towards the digital transformation of businesses and industries are being looked at with particularly higher and higher expectations. Applications of AI in industrial fields, such as energy, social infrastructure, distribution and circulation, buildings and facilities, and craftsmanship, all of which Toshiba Group excels at, have substantial needs, including high-precision image recognition, detection of signs of failure, and demand prediction, of which all utilize AI. On the other hand, when applying the latest AI technologies, such as deep learning, into these fields, the below issues arise.
(1) There are large volumes of normal data for learning, but in many cases, either there is a lack of abnormal data, or abnormal data cannot be acquired.
(2) It is hard to obtain large volumes of data for learning that has instruction labels attached or in many cases there are mistakes on the labels.
(3) The filming conditions aren’t fixed and in some cases high-precision image recognition within dramatically-changing environments is required.
(4) The factors are complex and in some cases necessary and sufficient accuracy cannot be obtained in independent AI models.
At Toshiba’s Research and Development Center, in order to overcome these issues and accelerate the practical usage of AI, we are cooperating with the Center for Advanced Intelligence Projects (AIP) of the Designated National Research and Development Institute RIKEN to continue research and development of innovative AI technology.
Also, in the field of manufacturing, image recognition technologies are widely used in imaging studies, however high-precision automatic sampling of apparent defects under fixed filming conditions is required. On the other hand, when the filming environment isn’t fixed as is mentioned in the above number (3) and the subject is complex, in many cases high-precision recognition becomes difficult and visual inspections by people are still being carried out. Furthermore, analyses of surveillance videos are being analyzed by eye in many cases. Therefore, in cooperation with Toshiba, we have used deep learning with live sports video as a motif to develop a technology that can distinguish players with high accuracy even if the filming conditions change, and this acts as an example of more robust image recognition.

With AI, there’s a tendency to lay importance on its popularity as a topic and the power of its algorithms. The reasons for this are likely the way it’s often seen as something horrific that will substitute humans’ jobs and the close attention there is to the competitiveness of its superficial abilities. In contrast to this, in developing SATLYS we have redefined AI as a technology that supports people first and foremost. We aimed to optimize it for use in industry so that it is an AI that is actually usable in business. It was here that the domain knowledge of a wide range of industries that has been accumulated by Toshiba Group so far through its craftsmanship and system integration was utilized to the maximum extent. Furthermore, through AI proof-of-concepts made jointly with clients and partner companies, we have cultivated such advanced technologies as deep learning. The technical points of SATLYS, within which is condensed the unique expertise of our company, are introduced below.

(1) Large-scale image sorting and big data analysis that goes beyond several tens of thousands of dimensions
When AI is used in the field of industry, the raising of precision and speed to its limits in regards to recognition and estimation is required. SATLYS contains base AI technology that includes deep learning which carries out high-speed and highly-precise analyses; the innovative and dramatic results of which have been proven through our many proof-of-concepts.
A representative example of this is the Yokkaichi Factory of Kioxia, which produces semiconductor flash memory. At this factory, which handles a world-class level of data volume of 2 billion records per day, flaw inspection images, of which 300,000 are filmed per day using a scanning electron microscope, are sorted automatically. Previous automatic sorting technologies for inspection images could catch no higher than 49% of flaws, however through using deep learning 83% of flaws are able to be sorted automatically. Also, from the defective data that was obtained by inspecting all the wafers, it could automatically analyze the cause of the defects using AI, and the time to analyze each defect was reduced from six to two hours. SATLYS, which can analyze big data as well as large-scale unstructured data, is able to show off great power in workplaces that require judgement and actions in real-time.

(2) Realizing high-precision deduction even with small volumes of learning data
When there isn’t much learning data, the precision of deductions can drop markedly. This aspect of deep learning is an issue when applying AI to social infrastructure. By automatically generating learning data equivalent to the real thing using a technology called “generative adversarial networks”, SATLYS is able to make high-precision deductions possible even in situations with small volumes of learning data. This technology was applied in the technology verification of patrol and inspection systems for power infrastructure that uses industrial drones. Through investigation of abnormal areas in power line images based on automatically generated learning data, the improved efficiency of inspection is looking promising. 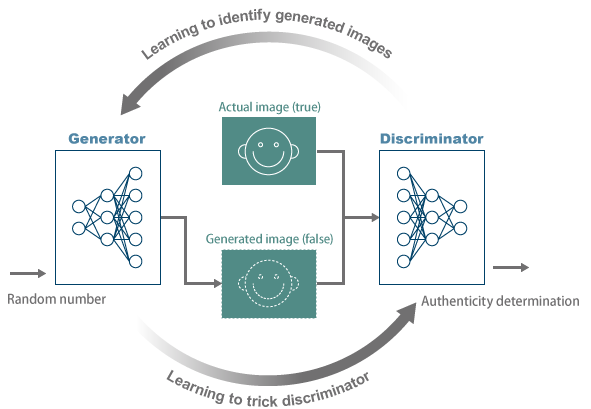 (3) The ability to intuitively explain through the visualization of the causes of abnormalities
One reason that AI is difficult to apply in the industrial field is that what AI bases on to make judgements of normality or abnormality isn’t known, and things that can’t be known cannot be used in mission critical scenarios. With SATLYS, you are able to visualize where the AI has focused on to judge an abnormality. For example, in the inspection of abnormalities in power lines, AI is able to show specific damaged areas within images. With this, the ability to explain the grounds for judgement improves and application in a variety of industrial fields becomes easier.
We are collecting the track records of SATLYS’s applications in workplaces, standardizing them, and, as “SATLYSKATA”, commodifying an AI analysis service customized to specific purposes. SATLYSKATA allows AI-based analyses for people who aren’t necessarily AI experts, and it can be used as a SaaS. 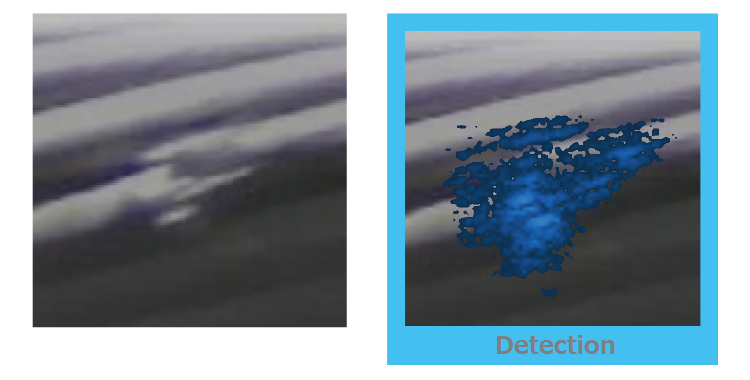 Below are three of the large points of change that mark the third AI boom compared to previous AI booms.
(1) Automatic generation of AI models that include feature extraction and that use large volumes of data has progressed.
(2) Generated AI models are surpassing human abilities to distinguish and predict.
(3) Computer infrastructure, such as clouds and GPUs, and AI-related OSS (open source software) have developed, allowing for anyone to be able to use AI.
On the other hand, there are also the issues that a lot of human work is still needed in cleansing the large volumes of learning data collected and that the operations of deep learning AI models are a blackbox. However, because in both of these cases the ability of AI has come to exceed the judgement of humans, if even partially, AI has already begun to move from the realm of research to practical usage. From here on, we will continue to clarify what AI can and can’t do and what should be done by AI and what should be done by humans, and while solving issues related to AI fairness, accountability, transparency, privacy, and security, we will continue research and development at Toshiba Group to aim for the realization of a society where people and AI work together, and also offer advanced AI technology to our customers as products and services.