Our commitment towards open innovation and value creation is reflected with the release of open-source GridDB in 2016 where we aimed to enhance GridDB’s technology together with the open source community, and encourage creation of new value by improving GridDB’s interoperability. To further accelerate open innovation, GridDB’s SQL interface previously available only to the commercial version will henceforth be included in the GridDB Community Edition v4.5 as an open source feature. Opening SQL―widely known as the gold standard of database interface―will accelerate application development and expand GridDB’s integration with other applications. 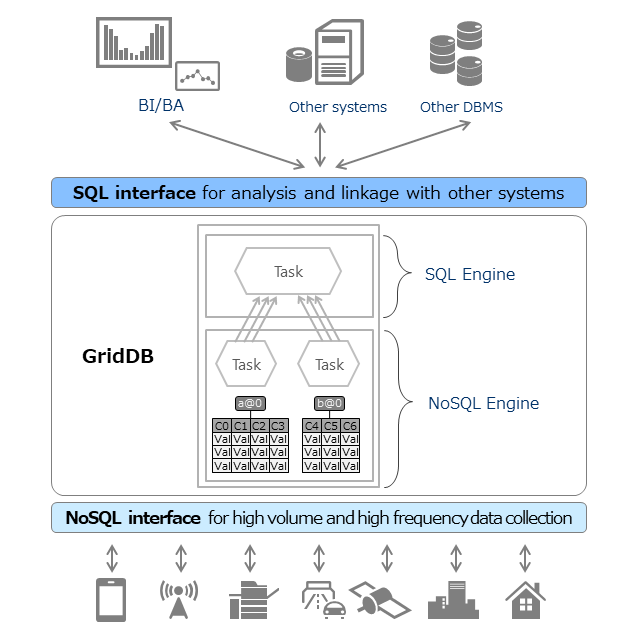 Future development will continue towards the support for digital transformation and cyber physical system using IoT and Big Data.